Since the early 1990s, Sri Lanka has seen a rapid increase of CKDu (chronic kidney disease of unknown etiology) cases. The disease is said to be “chronic” because it takes many years for symptoms to develop. Renal function decline is gradual and often extremely painful. The impact is traumatic on patients and their families, as the ability to work declines, and families are often unable to pay the high cost of renal dialysis treatments.

The majority of patients are low income farm workers in the dry zone in the North Central and North Western provinces. Most are men of the productive ages 30 to 60. CKDu patients suffer a decline in productivity, reduction in quality of life, monetary loss, decline in earning potential, and an inability to sufficiently provide for their families.

The leading cause for CKDu hypothesized in the WHO study is chronic exposure to cadmium and arsenic through the food chain and also from pesticides. In addition, pesticides may be a concern, as well as elevated levels of minerals (hard water), fluoride, or heavy metals (e.g.,cadmium, uranium, and lead) in groundwater wells.

In the dry zones of the North Central and North Western provinces where CKDu is most severe, people face difficulties to access safe drinking water. According to the 2008 National Census, pipe-borne water coverage in Sri Lanka is around 34%, with the rest of the population depending on local sources such as wells, hand pump tube wells, small scale rural water supply schemes, rain water harvesting tanks and surface water bodies irrigation tanks, canals, streams and springs. However, contamination of water sources by industry and through agricultural waste and fertilizers has resulted in many water-related health problems in the country.

In 2016, FFM, in partnership with local NGOs and the Sri Lankan Navy, have been providing RO water systems to some villages affected by CKDu in the Anuradhapura region. The first FFM sponsored RO project in Horowpothana was completed in June this year. The FFM pilgrimage group handed over the project to the community and the Sri Lankan Navy which is responsible for the maintenance of the system. The project will fulfil the drinking needs of 200 families in the vicinity.

The second RO project is at Koruwewa Mahanama Maha Vidyalaya in Polpithigama. It was opened on Sep 16 2016 and more than 850 students and 250 families will benefit from the project.

By providing access to clean drinking water, we hope to promote better health throughout the community and to mitigate the severity of suffering caused by CKDu. In addition, ease of access to clean drinking water relieves the women and children the arduous task of walking long distances to fetch water, allowing them to the former to use their time productively and the latter to attend school.

We thank all our sponsors for their generous donation towards this meaningful cause and look forward to your continued support. 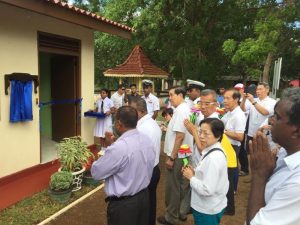 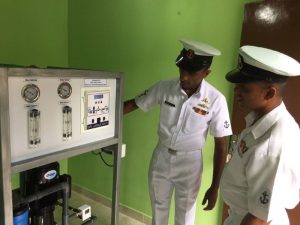 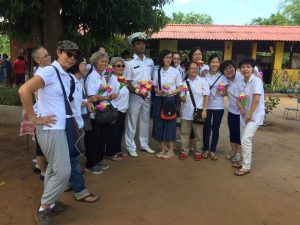 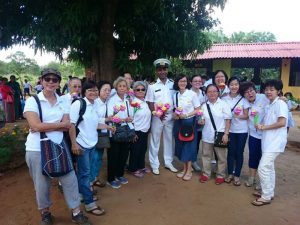 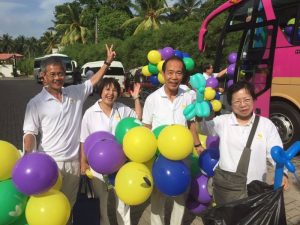 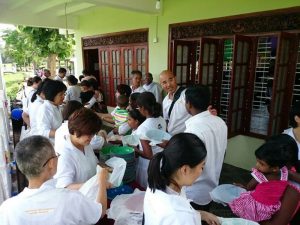 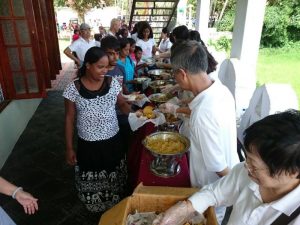 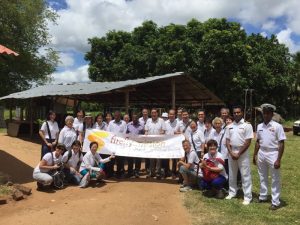